The Story that Shapes Us

Methodist Recorder Article (for May 3rd)

The Story That Shapes Us

One of the great privileges of being the President of Conference is to visit Methodist Districts across the Connexion. This year the visits to the island districts have fallen close to one another – Bala and I have visited the Isle of Man, Shetland and the Channel Islands in a four week period. It has been wonderful to meet Methodist sisters and brothers who live in island communities and, whilst many people consider island dwellers to be on ‘the margins’, those I met are at the very heart of vibrant, caring networks of love and grace.

The identity of the people I have met has been formed in no small part by the history and the landscape of the places they live. In the Isle of Man I visited a set of manx crosses in the churchyard at Maughold. These crosses and other carvings reflect the Celtic Christian tradition which resembles those that can be found in places such as Iona and Lindisfarne - but there were some unique features. One of the crosses featured the figure of Loki – who in Norse tradition was the mischief-making brother of Thor. The Viking and Christian history of the island blend together in the carvings. The modern shaping of the Manx people owes a great deal to the financial industry that employs a significant number of residents and to the TT races, the infrastructure for which is an all-year-round presence in the roads all over the island. A new feature on those roads is the Bus-ny-Bannaghtyn or ‘Bus of Blessing’ – a mobile pray vehicle. A camper van has been transformed into a space that can be used for mission and ministry anywhere in the District, helping shape people and communities through prayer and love in action.

Shetland has become famous recently for two television series – one ‘Island Medics’ which follows the lives and work of people in the islands through their hospital and community health service. The other series is the fictional ‘Shetland’ which falls into the Nordic Noir tradition of detective stories. Like the Isle of Man, a great deal of Shetland’s character is found through its history with Scandinavia. The people are shaped by a beautiful yet bleak landscape, by treeless peat moors and crashing seas. Sea-going for fish and trade is a part of the history and I was stunned to come across a connection with one of my own ancestors in Lerwick. 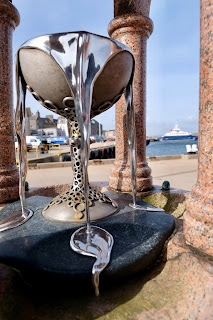 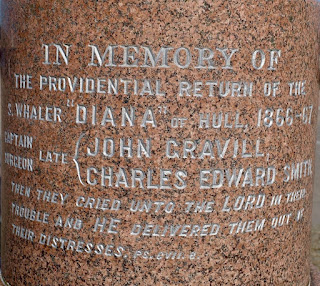 My husband and daughter joined Bala, Sylvia and myself on the visit (huge thanks to generous hosts!). Sandy and Tamsin went for a walk to the harbour in Lerwick and came across a memorial to the Whaling Ship, Diana. The stunning memorial gave thanks to God for the ‘providential’ return of the Diana. The Captain of the ship was John Gravill and he is my first cousin, seven times removed. I knew about John, who was a Wesleyan preacher from Hull, I hadn’t realised that the Diana had called in to Shetland to pick up crew on the way to the Artic. Her final voyage was a disaster, she became icebound and many of the crew, included Captain Gravill died on the ice or on the journey home. In travelling to one of the furthest points in the Connexion I found a part of my own identity and added another chapter to my family’s story.

I was struck when visiting Guernsey and Alderney, how much the identity of people and the community there is shaped by the history of occupation during the Second World War. For some the story is living memory, children evacuated, people with no choice but to stay and try to live under occupation and the whole population of Alderney who left their homes and island until after the war had ended and on returning home had to build a society from scratch. There are many stories, told and untold which shape the people of the Channel Islands – some are found in memorials, others in the physical remains of tunnels and battlements and some are told in museums, archives and literature. It is difficult to put oneself into the shoes of a whole society that is shaped and traumatised by a particular set of historical events. How does a liberated people find liberation from that story and shape a new future? When is it the right time to take down some of the physical reminders and to begin to tell a new narrative. Does an old story continue to shape a people today?

What the people of ‘island Methodism’ share in common, alongside all the uniqueness they enjoy from context and experience, is that they find their identity in Christ. The story of Christian faith, of God’s grace and love is told in the landscape, through crosses and ancient Keeills (Manx prayer chapels) and through modern chapels such as the new church at Haroldswick. In Alderney the Methodist Church is being refitted to be more welcoming, inclusive and flexible to serve the community. In only eighteen months the small congregation have raised over £300,000, with support from the Connexion and District and especially from the local community which recognises the importance of the Church in the life of the island and its people.

The story of God’s grace is told through the people who faithfully worship and who, with commitment and imagination, find new ways to tell the story – through prayer buses, ‘God and Marmalade’, Food for the Way, ecumenical projects and a myriad of social projects that demonstrate God’s love in action.

As Christians we are not only shaped by our oneness with Jesus Christ, we shape the world around us. Through our reflecting God’s love we can transform lives and communities and create new landscapes of love and grace in which all can find a place. 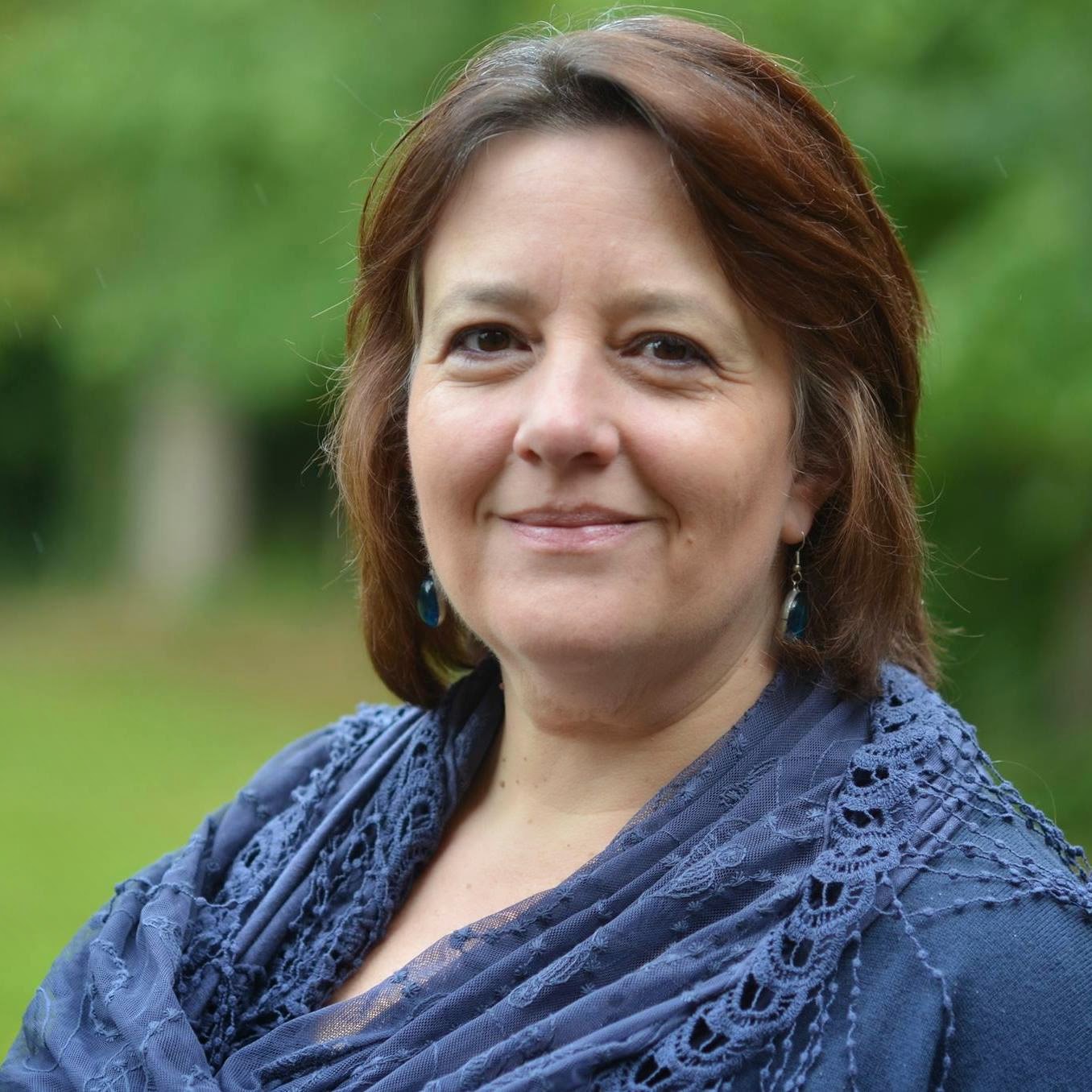 Thanks for visiting 'Sacred Wells'. Wells are places of refreshment and encounter - this blog is such a place. A space for murmurings and musings about all those things that help us to connect with our spiritual selves. What are the things that warm our hearts, take us beyond ourselves, inspire us, energise us? What makes people generous and courageous? As a Christian I have a particular spin on all this, but I want to explore what helps people make sense of life, death, joy, pain.
Art, poetry, music, nature love and fun make life richer for me and help me connect with the transcendant. What moves and inspires you? Can traditional religion offer something that helps you connect with God and with your spiritual self? I hope you will meet me at the well and share refreshment and company - do add your thoughts.

Micky
A Methodist Minister - Chair of the London District. A poet, author, broadcaster, mother, wife, friend. Born in Cornwall, lived all over the UK. Get worked up about injustice, sexism, how annoying the Methodist Church can be even though I love it passionately.

The Weaver, The Word and Wisdom. By Michaela Youngson.
Published December 2007. £12.99.
A book of resources for worship and private reflection exploring the idea of the Trinity. With original artword by Denise Wheeler.
Making the Colours Sing. By Michaela Youngson.
Published 2005. £12.99.
A book of poems, prayers and reflections, inspired by life and by images of modern stained glass.
Both books available from 12baskets and Amazon.